Autumn hikes in the Bavarian Alps

One of the perks of living in Munich is that the mountains are never far away. The Bavarian Alps, just 60 km south of the city, are only a short drive or train ride away. I have never really been much of a hiker, preferring instead to explore the mountains on my mountain bike. I only bought my first ever pair of hiking boots last summer. But last year I decided to join a group of friends for a two-week long hiking trip on La Réunion Island in November, which meant I had to get as much training as I could beforehand, in order to get used to my shoes and to test some of the equipment I was going to take with me. So I made the best of the beautiful October weather and headed into the Bavarian Alps every weekend to explore different hiking trails.

Here are my favorite photos. Notkarspitze hike. The hike up the mountain offered some beautiful views, especially of the Ammertal (the Ammer valley), still hidden in the clouds. The round trip wasn’t particularly long, but very steep and rocky right from the get go. The temperature, just below freezing when I started the hike, had reached the mid-twenties my midday. The Notkarspitze summit, which rises 1889 m above sea level, wasn’t a bad place to have my lunch break, seating in the grass and admiring the scenery around me. Ammergauer Hochplatte hike. Off we go at 8AM! The Germans, and the Bavarians in particular, are very fond of outdoors activities. On a nice day, every one will have the same idea and everyone will head south to the mountains. This means an early start if you want to beat the crowd. For this second hike I was joined by Sebastian, a work colleague, and Terris, one of my best friends who was visiting from Vienna. The snow that had fallen in the south of Germany during the week had already melted everywhere but persisted in the shade above 1500 m. The first part of the hike took us through a forest and then along a narrow path surrounded by high mountains. After a while we suddenly reached a saddle and the view completely opened up towards the south west, with this breathtaking scene of the North Tirol Alps. The trail then followed the narrow and rocky ridge of the Hochplatte mountain. Aware of the steep vertical drop on either side, Terris looked rather pale in the face, holding on to any protruding rocks that he could find. Terris, Sebastian and I having our lunch break shortly before the summit, which you can see in the distance. Looking north-west is the Forggen lake, and hiding behind those nearby mountains is the famous Neuschwanstein castle. Hikers enjoying a well deserved break at the summit of the Ammergauer Hochplatte, 2082 m above sea level. This alpine landscape was truly impressive! The visibility was perfect and the mountains stretched as far as the eye to the east, south and west. I could have stayed up there for hours. But as much as I would have liked to stay up there, the time came to leave and head back to the car park. Here is Sebastian starting the descent. I’ll definitely come back here in the summer and camp at the summit. Demeljoch hike. On the last October weekend I decided to try a longer hike (i.e. something longer than 6 hours), since it was going to be more or less what an average day would be in La Réunion. Björn, another work colleague and outdoors aficionado, sent me a list of hikes that he still hadn’t done. We chose one that satisfied the criteria and drove to the mountains together. It was another beautiful autumn day and the condition were perfect, with very little wind and great visibility. The Sylvenstein lake coming out of the shade. Only the warm red and orange colours gave away the fact that we were in the middle of autumn. The cross marking the summit of the Demeljoch mountain, 1924 m above sea level. The trail, which followed a gentle but steady slope to start with, got pretty steep for the last 500 m and by the time we’d reached the highest point our thighs were on fire. But luckily the summit offered another perfect spot for lunch, and my brownies had quite a lot of success with all the hikers who had made it that far. This white marker-stone at the summit of the Demeljoch mountain shows the physical border between Bavaria, Germany and Tyrol, Austria (D for Deutschland, Ö on the other side for Österreich). Sitting on the bench one can have one bum cheek in each country. Buddhist flag hanging on the cross. Once again the views at the summit were simply breathtaking.

The complete set of photos can be see here! 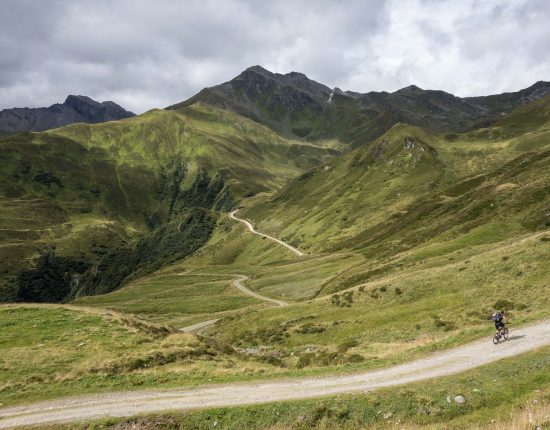 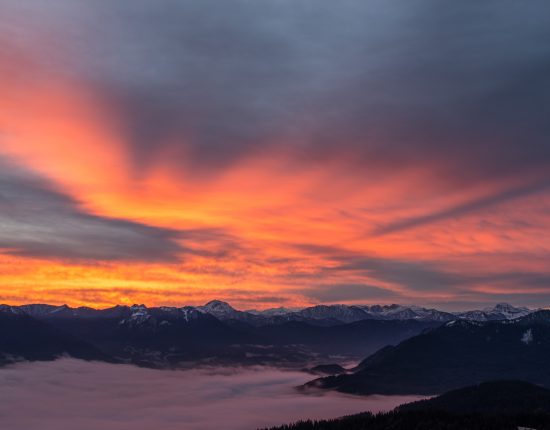 Winter Wonderland – A Tribute To My Uncle Bruno Girard

We use cookies on our website to give you the most relevant experience by remembering your preferences and repeat visits. By clicking “Accept All”, you consent to the use of ALL the cookies. However, you may visit "Cookie Settings" to provide a controlled consent.
Cookie SettingsAccept All
Manage consent

This website uses cookies to improve your experience while you navigate through the website. Out of these, the cookies that are categorized as necessary are stored on your browser as they are essential for the working of basic functionalities of the website. We also use third-party cookies that help us analyze and understand how you use this website. These cookies will be stored in your browser only with your consent. You also have the option to opt-out of these cookies. But opting out of some of these cookies may affect your browsing experience.
Necessary Always Enabled
Necessary cookies are absolutely essential for the website to function properly. These cookies ensure basic functionalities and security features of the website, anonymously.
Functional
Functional cookies help to perform certain functionalities like sharing the content of the website on social media platforms, collect feedbacks, and other third-party features.
Performance
Performance cookies are used to understand and analyze the key performance indexes of the website which helps in delivering a better user experience for the visitors.
Analytics
Analytical cookies are used to understand how visitors interact with the website. These cookies help provide information on metrics the number of visitors, bounce rate, traffic source, etc.
Advertisement
Advertisement cookies are used to provide visitors with relevant ads and marketing campaigns. These cookies track visitors across websites and collect information to provide customized ads.
Others
Other uncategorized cookies are those that are being analyzed and have not been classified into a category as yet.
SAVE & ACCEPT
error: The content of this blog is protected.