I left Cuenca on a sunny morning with a heavy heart, having thoroughly enjoyed my time there. I was however running slightly behind schedule, so it was time to move on towards the Peruvian border.

I headed directly south, re-joining the TEMBR route near Patabamba and following it past Cumbe along a quiet dirt road. Around lunch time I realised that it was Thursday, and that my usual Spanish class back in Munich was about to start. Noticing that for once I had full phone reception, I pulled over, sat down on a comfortable-looking stone and proceeded to take part in the Skype group call. Unfortunately, it turned out that my 30-days prepaid card had just ran out, which meant I had no internet connection after all. Slightly irritated, I packed my things and continued the hard climb south of Cumbe, only to realise after five kilometres that I had lost my earphones… Not quite sure what to do, and hoping that I had left them on the stone where I had taken that small break, I hid my bike in the bushes and hitched a lift with the first passing car back down the dirt track. Unfortunately the earphones were nowhere to be found, I also didn’t see them during my hour-lomg hike back to the bike. Failure. Before the start of the downhill to Jima I chose to leave the TEMBR route and join the Pan-American Highway, along a small and sometimes very steep dirt road, resulting in much pushing and cursing. Luckily once back on the tarmac it was only downhill, so I squeezed in another 15 km before finding a nice camping spot right under a big electrical pylon. The next day I passed the small village of La Paz, seemingly the place to stop if you want to eat fried pig’s skin, chatted to a road cyclist who was going all the way from Cuenca to Loja in one day (a stretch that would take me 3 days in total) and started a long downhill down to Rio León, dropping a good 1000 m in the process. An altitude that I had to climb again on the other side, all the way past San Felipe de Oña. My legs felt strong though, so after a short ice-cream break in Urdaneta, where a village fiesta was in full swing, I pushed all the way to the town of Saraguro and got a 10-dollar room in a small and clean hotel. After a short but tiring climb south of Saraguro the next morning, I reached the 2960 m pass in a slight drizzle, happy to know that it was almost all downhill from then on until Loja. In San Lucas I stopped for some delicious side-road tortillas (I kept ordering more) before leaving the Pan-American Highway for a dirt-road following Rio Zamora in a beautiful deep valley. The dirt track was in good condition, allowing me to thoroughly enjoy the scenery. At one point a landslide stopped my progress, a man on a motorbike telling me that the road had been cut off during the night. Luckily a digger had been working at it for quite a while by that point, and only after five minutes of waiting a path big enough had been cleared for two-wheeled vehicles to pass. The long queue of cars and buses on the other side would have to wait a bit longer though. Towards the end of the valley, during the only climb remaining, I passed three men and a horse working a sugar cane press. One of them spotted me and called me over for a chat. He poured me two glasses of fresh sugar cane juice with a bit of lemon juice and I can honestly say that I had never tasted anything so delicious and refreshing. In Loja I found another cheap hotel room and spent the remaining hours of daylight exploring the quaint streets of the city, known as the music and cultural capital of Ecuador.
Before leaving the next morning, I finally asked the hotel clerk a question that had been bothering me ever since I arrived in Quito: Why do Ecuadorians love and drive pick-up trucks so much. He answered me with three valid points:
– They are practical for the working folk, enabling them to easily load and carry things like construction material or animals (or people),
– They can deal pretty efficiently with Ecuador’s bad roads,
– They hardly lose any value over the years (since point seemed the most important to him). After a short 45km ride, punctuated by many sugar cane juice breaks, I arrived in the small town of Vilcabamba, known on the travelling scene for its enjoyable weather but mainly for being a place in South America where many north Americans come to enjoy their retirement. The climate was noticeably different in these parts, more tropical, the mountains full of palm, coconut and banana trees. The town is not particularly pretty, but does indeed have a pleasant and relaxed atmosphere, with countless little restaurants, bakeries and cafés, all tailored to the hippie backpackers and boho retirees. I took two days off in Vilcabamba, to catch up on my blog-writing, binge-eat, get a cheap full-body massage, binge-drink mango smoothies and rest the legs before the final dash to the Peruvian border. One morning during breakfast I met Peter, a Canadian-American who, you guessed it, had just moved to town to retire. Tired of American politics and Canadian’s stance on the environment’s protection, he told me he was never going to return to North America and was looking for a property to buy near the town. Peter had had an interesting life, born in Canada but raised in the US, he’d worked many jobs in his life, amongst other things as a Greyhound driver or a gas station manager in the west of Virginia (where he would regularly be visited by members of the Ku Klux Klan). He’d also travelled a lot in the early 80’s, crossing Central Asia (and especially Afghanistan) all the way to Nepal. Curious, I couldn’t stop asking him questions, as I always imagined travelling at that time to be a much different experience to what it is today, with a lot less tourists around and a lot more undiscovered roads and places. But Peter was quick to remind me that most hippies had already done the overland crossing to Kathmandu a decade earlier and that there had been nothing pioneering about his trip. Still, I was fascinated, but when Peter started talking about UFO sightings and how we all exist because aliens visited earth millions of years ago, I took it as my queue to say goodbye and get one with my day… From Vilcambamba it took me three days to reach the tiny border village of La Balsa. Upon reaching Yangana dark clouds gathered and it started pouring, so much so that the ladies at the restaurant where I had lunch recommended that I go no further, warning me that the weather in the Sierra would be cold and wet. Even though they were right, the rain didn’t bother me too much, and reaching the 2770 m pass, I rolled down into Valladolid at dusk and found a 5-dollar room in a grubby little hotel near the market square. I filled my belly with chuleta and rice and ended the night watching a heated game of ecuavóley, to the amusement of the locals, who must have wondered what in heavens I was doing here. The road then followed the Rio Palanda downstream through tropical landscapes, taking me through a village of the same name, before climbing back up past the Palanuma, until I reached Progreso in time for lunch. Being at a much lower altitude, it was a lot more humid and I was happy to take a break in a nice little restaurant just outside the centre, where I shared a table with a man and his two sons. The boys were on school holidays and their dad was showing them the ropes of working as a veterinarian in the countryside. We had an interesting chat about the current crisis between the Ukraine and Russia, him telling me that moving to South America would be a wise choice now, since Europe was going to be in troubled waters for years to come. Another long downhill followed by a steep climb took me to Zumba for my final night in Ecuador. The last 25 km to the border still involved more than 1000 m of climbing, Ecuador making me work hard until the last moment! La Balsa is probably the smallest border crossing I’ve ever been through, so tiny and quiet that I completely missed the Ecuadorian immigration office upon arriving… Quick stamps in my passport on both sides of the Rio Chinchipe (plus a check of my COVID vaccination status) and I had officially entered Peru. A new chapter of this journey was about to begin, and I couldn’t have been more excited! More photos of Ecuador can be found here! 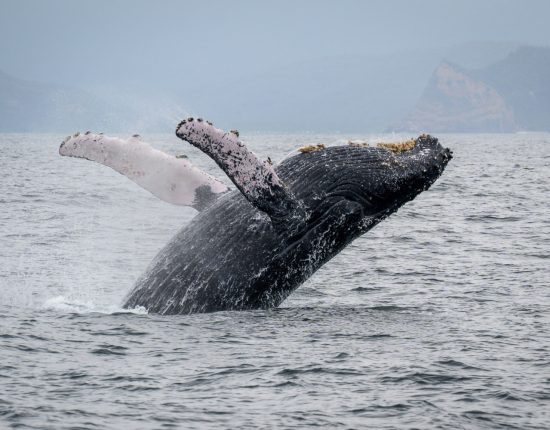 La Mucha Buena Excursión:
Cuenca and a side-trip to the coast 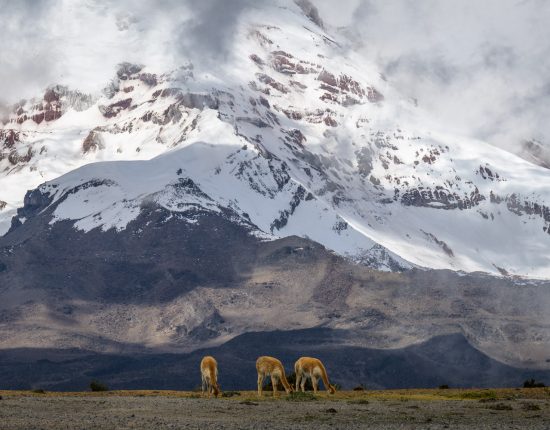 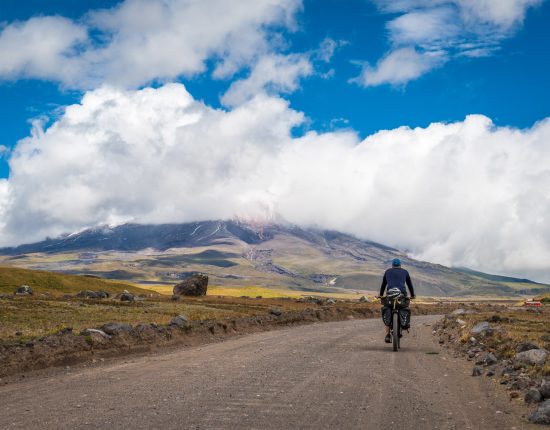 This website uses cookies to give you the most relevant experience by remembering your preferences during repeat visits. By clicking “Accept All”, you consent to the use of ALL the cookies. However, you may visit "Cookie Settings" to provide a controlled consent.
Cookie SettingsAccept All
Manage consent

This blog uses cookies to improve your experience while you navigate through it. Out of these, the cookies that are categorized as necessary are stored on your browser as they are essential for the working of basic functionalities of the website. It also uses third-party cookies that help analyze and understand how you use this website. These cookies will be stored in your browser only with your consent. You also have the option to opt-out of these cookies. But opting out of some of these cookies may affect your browsing experience.
Necessary Always Enabled
Necessary cookies are absolutely essential for the website to function properly. These cookies ensure basic functionalities and security features of the website, anonymously.
Functional
Functional cookies help to perform certain functionalities like sharing the content of the website on social media platforms, collect feedbacks, and other third-party features.
Performance
Performance cookies are used to understand and analyze the key performance indexes of the website which helps in delivering a better user experience for the visitors.
Analytics
Analytical cookies are used to understand how visitors interact with the website. These cookies help provide information on metrics the number of visitors, bounce rate, traffic source, etc.
Advertisement
Advertisement cookies are used to provide visitors with relevant ads and marketing campaigns. These cookies track visitors across websites and collect information to provide customized ads.
Others
Other uncategorized cookies are those that are being analyzed and have not been classified into a category as yet.
SAVE & ACCEPT
error: The content of this blog is protected.