As we rode downhill towards the Kyrgyz border point I couldn’t help but notice how much Angela’s cycling skills had improved since we had left Poland. At the beginning of the trip she could hardly stay on her bike whenever there was loose gravel on the road, scared to death as she was. Now she was racing down the muddy track and I could hardly keep up with her! At a girl.

The dry and deserted landscape from the previous days had now been replaced by green grass, yurts and horses. I’m always amazed by the influence a range of mountains can have on the weather and how it changes the landscape on either side of it. We pushed hard that day to reach the town of Sary Tash, looking back regularly behind us to admire the breath-taking views of the snowy Pamir Mountains. Riding down from the border towards Sary Tash. From Sary Tash one can either travel east towards China, west towards the Pik Lenin basecamp or north towards the rest of Kyrgyzstan. Ange and I were heading to the latter, although the prospect of having to climb the Taldyk Pass right away did not enchant us. We were both pretty burnt out after cycling the Pamir Highway and couldn’t wait to arrive in Osh for some rest-days. As we started riding we bumped into a German family who had rented a tour-guide and a minivan to visit the country. There wasn’t enough space in the van for our bikes, but Gunther, who was a keen cyclist back home, asked us if he could cycle the pass on one of our bikes. I though he was joking at first but before I had time to realise he was actually serious Angela had unloaded her bike and was already sitting in the back of the van… Gunther and I climbed the dusty and rocky road on unloaded bikes, talking about our respective trips and personal lives while Angela and the rest of the family followed us in the minivan. So that’s what those assisted bike-tours feel like! Gunther ended up riding 30km with me, until his wife made it clear that they would continue without him if he didn’t get off the bike right away. As we arrived in Uzgen that night we asked around if there was somewhere we could camp. The owner of the park in the middle of the city invited us to sleep on one of the many tea-beds scattered between the trees, but not before sharing some food, mare milk and vodka with me and his many friends. Another great display of friendliness and generosity that made all the efforts of cycling so worthwhile. Down after the Taldyk Pass. Traffic jam on our way to Jalal-Abad.

After another pass and a long morning cycle we finally arrived in Osh, and settled in a friendly and quiet guesthouse by the river. It was a tad more expensive than what we’d been paying until now but we felt like treating ourselves after the rather rustic accommodation we’d had for the past three weeks. We stayed five days in Osh, resting, eating out in restaurants and catching up with the world on the internet. We even met Ernest the Swiss scooter-rider for the hundredth time… The city still displayed the scars of the violent riots of 2010 between ethnic Kyrgyz and Uzbeks: buildings were still in ruins after having been burnt down and many reports we heard seemed to suggest that the Uzbeks still lived in fear… We arrived in Jalal-Abad after two easy but hot days of cycling and waited impatiently for my French friends Guillaume and Jérome to arrive. The two of them were joining us for a three-week adventure across the country. Burnt down houses in Osh, remains from last year’s riots.

For a change (and it has absolutely nothing to do with me being lazy), we thought it would be interesting to hear the boys’ side of the story, so we asked them if they’d be willing to share their experience in writing… Ladies and gents please welcome Guillaume, our guest-blogger for Kyrgyzstan!

“Jérome and I met at the international airport in Moscow for a ten hour layover, him coming from Paris and me from New-York. Lazy as we are, we didn’t get a visa for Russia and were a little sad for not taking the opportunity to visit the old Russian city. But it was pretty easy to kill the time, talking and trying to catch a WIFI connection to watch the PSG game in streaming on Jérome’s cell-phone. We reached Bishkek very early in the morning of the next day, went straight to the bike shop to pick up the bikes we were renting and jumped in a van for Jalal-Abab, where Stéphane and Angela were waiting for us. Our first good surprise was the long wait at the Osh market in the Kyrgyz capital to fill the cab. The temperature was higher than 40 degrees and we left so late that it was night for the most part of the road. We reached our friends in a small hotel in the middle of the night. The reunion was super enjoyable and we waited for the morning to offer them our little presents: chocolate bars, peanuts butter m&m’s, books and some small bike parts that Steph asked by email. It was a great moment and we had lots of fun from this very first morning but we did not lose too much time and started biking. Off we all go together!

We spent our first five days with Macha, a Canadian adventurous biker met in our hotel in Jalal-Abad. The weather was incredibly hot in the plains but Steph always found us nice camping spots near a water source to take shower and cook. We were used to taking long lunch breaks, playing cards and relaxing from our long morning bike sessions. Our days were in general punctuated by other breaks, more or less long depending on the heat, the wind and the slopes. Macha left us in Toktogul were we had our first day of rest and first couple of nights in a real bed. It was nice to energize and get ready for the real mountains and the top pass of our trip at 3200+ meters. My feelings during this climb was shared between the happiness of being in a such nice place with my friends and the suffering of biking this hard pass, being all wet from the rain and super hungry. The bad weather forced us to postpone the reach of the summit by one day and sleep in a caravan because it was impossible to mount the tents in the wind. Although it was very foggy in the morning, Steph who had been the motor of the crew during the entire trip, decided that we had to leave. It was definitely an excellent decision since climbing this pass was, for me, the most beautiful part of our trip. I enjoyed the landscape, the extraordinary view of the horses in the snowed valleys, and especially doing this great effort with my friends. Hard climbing in bad conditions towards the Ala-Bel pass. Stunning views from the top of the pass. Cycling in the mountains!

After the Ala-Bel pass, the road was mainly going down until Bishkek, apart from the climb to Song Kul (that I missed because I was sick) and another lower (and windy) pass in the last days of the trip. The landscape was wonderful, changing every day, seeing new colours and meeting people all along the road. Riding horse in the mountains was also an incredible experience for the four of us. In general, I would say that the only hard point of this trip was the food. Eating mainly pasta, rice, eggs and tomatoes every day, I have been missing some more diversity of food. How delicious it was to eat burgers and Greek food in Bishkek! We all had lots of fun in the capital and it was so great to relax in the last days of the trip, sleep in beds, visit the city and watch rugby in pubs. On our way towards the north. During the entire trip, I have always been impressed by the courage of Angela and the determination of Steph. Although their bikes were twice heavier than ours and Angela’s knee was hurting, it seems that the trip was as hard for them as it was for us. It even did not seem hard at all to Steph who always wanted to bike more. I am very glad to have done this experience with my friends and I hope they will stop by Philadelphia on their way back to Europe!” The good:
– the diversity and beauty of the landscape,
– doing this trip with my friends,
– horse riding in the mountain.

The bad:
– the daily food (and the country’s specialties – mare’s milk and hard goat cheese balls – certainly didn’t help…),
– my non-water proof panniers,
– The fact that I could not feel two of my fingers after only a couple of days. It took me one month after the trip before I fully recover.

The funny:
– Our German-speaking host Myrza in Kyzyl-Oi (so fun that German could be a common language for a Kyrgyz woman and an English-French-Polish group!),
– Watching the rugby world cup in a pub in Bishkek. I will certainly remember it for a long time!”

More photos on Kyrgyzstan can be found here! 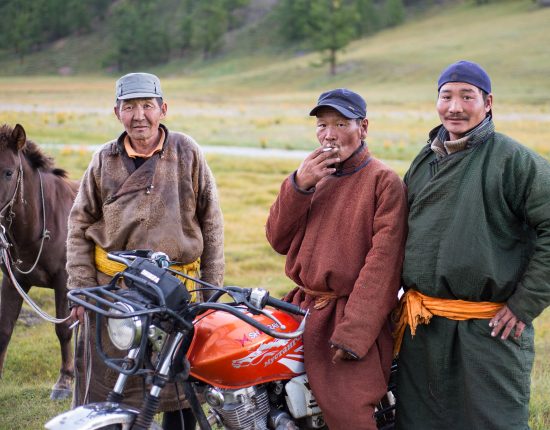 Bikepacking Mongolia:
Part 1, a loop in the Khövsgöl Province 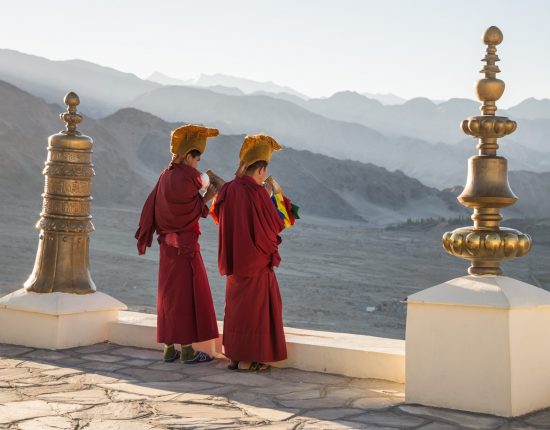 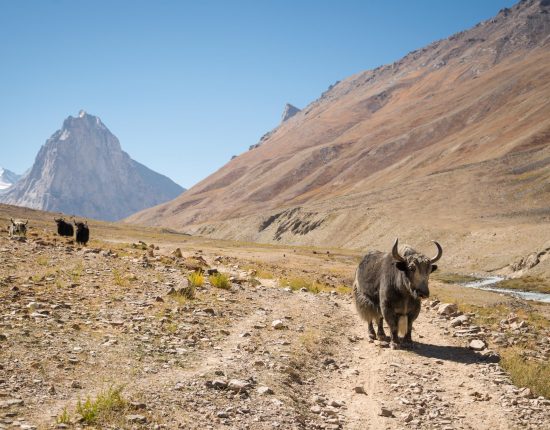 A bicycle journey around Ladakh:
Part 2, out of Zanskar over Shingo La